Be a student of human nature

Today we can all benefit by becoming students of human nature. Each day is filled with opportunities to improve how we relate to others. But we need to know what to look for in order to extract the most valuable lessons.

Mindful learning from daily experience can become a habit. These five questions help us diagnose what’s really going on: 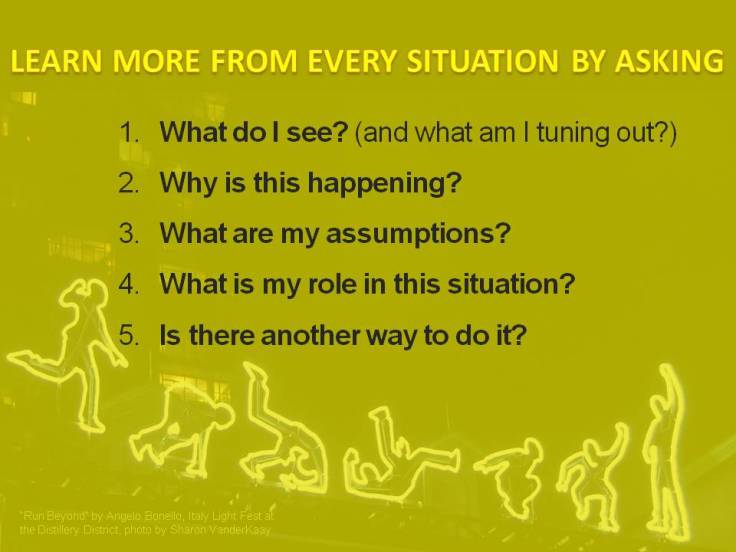 Most of the knowledge we need to do our work is learned informally. To thrive in an unpredictable world, we can make the most of these informal learning opportunities. 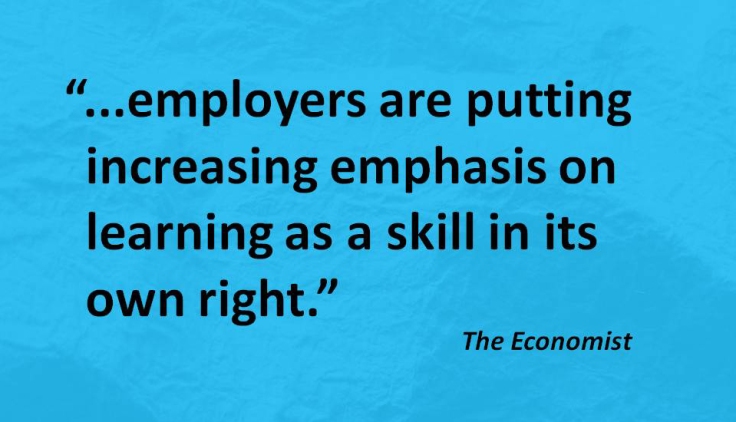 Above quote is from The Economist article: ” Lifelong learning is becoming an economic imperative ”

Design thinking helps us get unstuck. It reveals hidden options so we can take action with greater confidence and impact.

Active learning (vs. passive learning) is a mindful approach to leveraging on-job experience.

When we combine active learning with design thinking, we have a powerful framework for continuous progress. 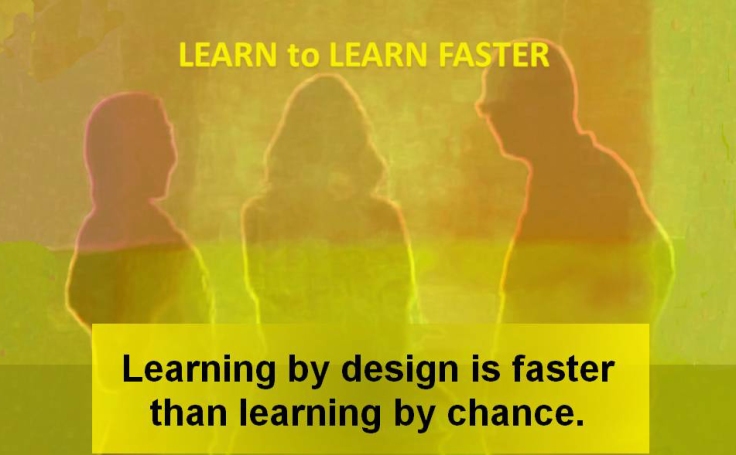 As the integration of AI grows in every kind of job, human-centric skills are in growing demand. But critical thinking, judgment and decision making are difficult to teach.

Design thinking offers an optimistic, strengths-based approach to learning. It works because it encourages our natural human curiosity. In essence, we can learn to design our way through messy situations at work—while staying one step ahead of the robots.

Here’s a slide summary of these concepts: 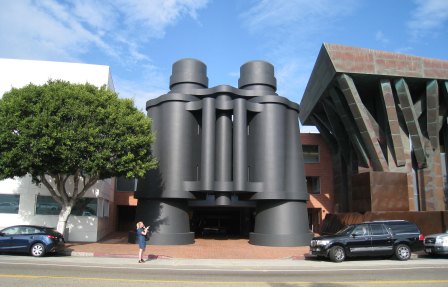 Designers like to talk about “solving design problems” but is that their most valuable activity? And is it really best to “define the problem” as a first step?

Problem-solving is an activity that drains people’s energy. This is not news. In the late 1960s, Ronald Lippitt at the University of Michigan found that when groups begin a major planning exercise by focusing on problems, they get depressed.

By contrast, Lippitt also found that when groups begin by developing a specific and persuasive definition of their future, they had more energy and motivation to work through problems along the way.

Problem solving tends to be about filling gaps and fixing deficiencies. Fixing large scale problems can feel overwhelming, maybe even impossible. The best planning process begins with vivid aspirational statements, rather than setting out to solve a problem.

We can compare Abraham Maslow, who was a leader in the positive psychology movement (along with Martin Seligman) to Aaron Antonovsky, who studied positive health (which he termed salutogenesis) rather than sickness, and Ronald Lippitt (originally with Kurt Lewin) who led a “preferred future” approach to planning (v. problem solving).

For all three of these pioneers, the idea of focusing on positive concepts rather than pathology is not merely about “positive thinking.” Pure positive thinking is vulnerable to ignoring blind spots while oversimplifying challenges, which can lead to bad decisions.

Instead, we can plan for greater possibilities using rigorous values-based criteria to guide our decisions. Planning for possibilities begins by identifying assets rather than deficiencies, and goes on to define a purpose, as well as values and aspirations. This planning approach leads to better decisions than the most creative problem solving model.

Ups and downs of design thinking 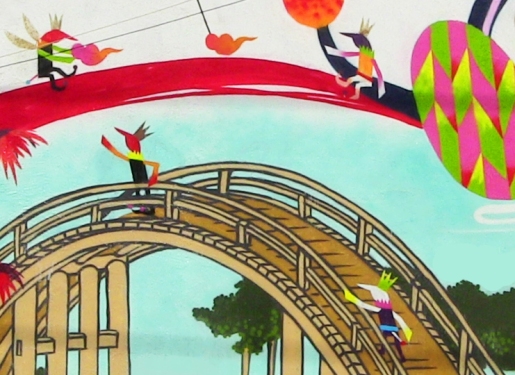 Every designer I know is puzzled by the term design thinking. It doesn’t really describe how they think. For starters, rarely do design thinking business models mention the natural stops and starts, the emotional ups and downs, the messiness and the rejection that brings inner turmoil. Then there’s the belief that, for many designers, empathy is more than a step in a business process; instead it’s a way of being. Also, designers must cope with  the fact that innovators are too often perceived as a threat.

Another of the “multiple issues” as Wikipedia would say regarding this term is that there are plenty of card-carrying designers who have little interest in human-centric design and who tend toward linear thinking. Not all designers are capable of innovation, but plenty of engineers, scientists, writers and other non-designers engage in purposeful creative thinking.

And yet, other than over-simplifying a complex concept and ignoring emotional realities, design thinking has done much to fuel the conversation about how innovation happens. Everyone has the potential to think more creatively to achieve a values-driven purpose. But in order for DT to get beyond the perception of one more management fad, it is crucial to prepare people for the realities of coping with ups and downs.

As a long-practicing designer, it still cheers me up to remind myself that ups and downs are to be expected when doing pioneering, or even routine non-routine work. 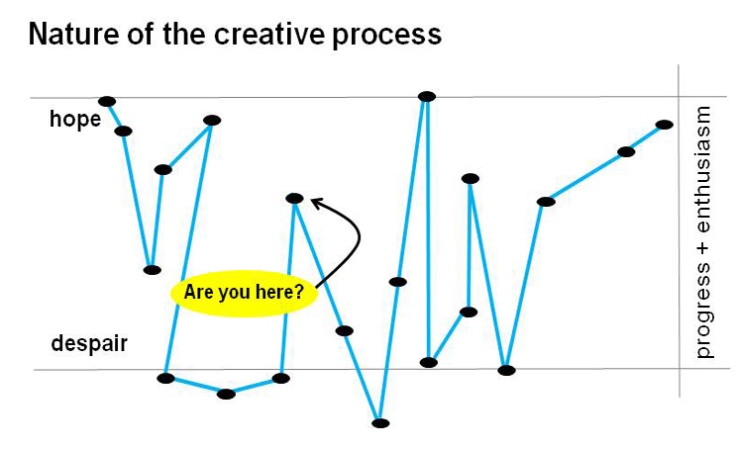 Creative people naturally resist being herded, or following the herd. So why try harder to do something that is unnatural? Why get stuck “herding cats”?

The fundamental management question today should be, “Am I working with nature, or against nature?” Attracting works better than imposing. Why not use catnip as the natural approach to moving those “cats” where you want them to go?

What is catnip for humans? One way to get things done is to work toward a shared purpose and values. Values and purpose are attractive. Forget the herding.

For example, most “design thinking” process models (aimed at developing products and services using empathy to uncover latent needs) define a creative problem-solving activity. This sounds very 21st century, but where in the process do we account for ethical values? How do we even know if we have defined the right problem? And is problem-solving really a motivating activity?

Are we missing something here?

Most design thinking diagrams could easily herd us toward producing the next electric knife, margarita-maker machine or mediocre building. In other words, are we pursuing market growth for growth’s sake while designing future landfill?

What if we attracted people to our shared purpose and values as the foundation for design thinking? What if we were guided toward doing the right thing with all-natural catnip (ethics) rather than being herded toward imposed business goals? 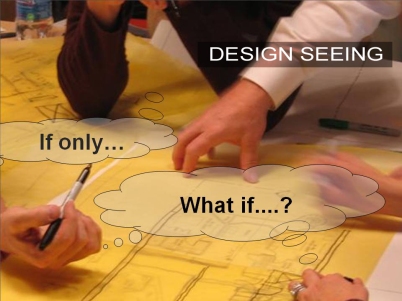 Designers draw on a whole lifetime of observation, imagination, exploration, navigation and concern for regeneration. This way of seeing allows them to leap forward with a “what if?” approach to self-limiting “if only__” beliefs.

“If only___” says we’re stuck. We can’t move until, or unless, something that is out of our control happens. This can be an excuse for inaction. But sometimes people are overwhelmed by complexity. Design seeing allows fresh answers to emerge.